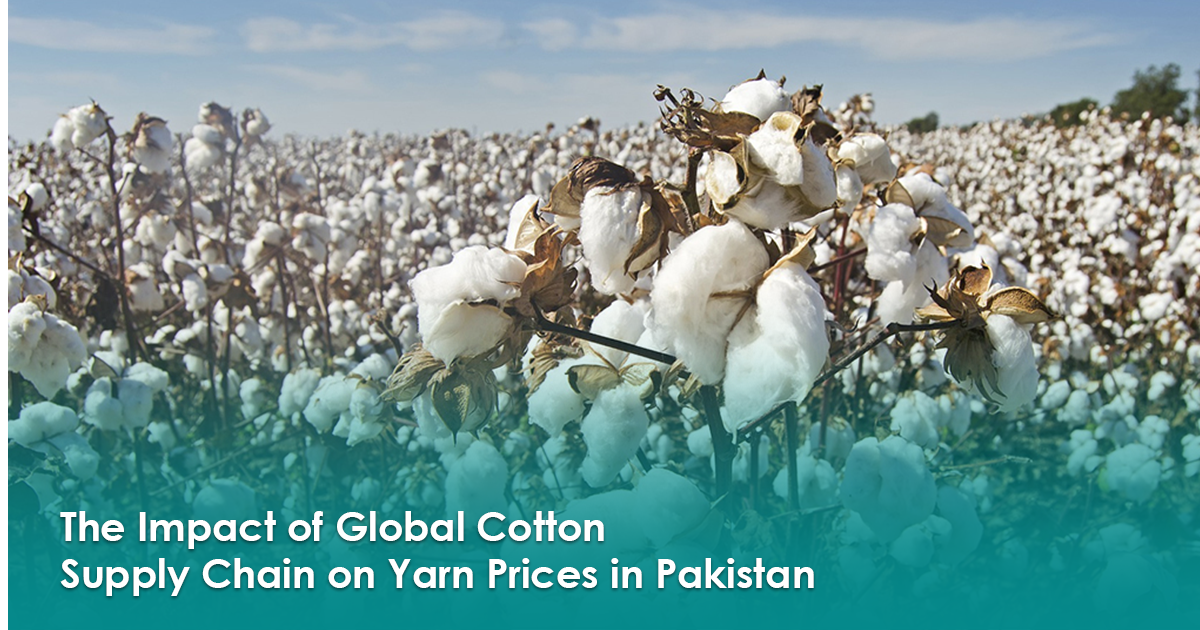 Cotton is the world’s most valuable non-food agricultural product and about 27 million tons of cotton are produced globally in a year. Cotton is used to manufacture textile yarn and for Pakistan cotton yarn is one of the largest exports Pakistan exports cotton yarn worth $1 billion during 2020-21 to many countries including China. There are five countries that make up around 75% of global cotton production:

Despite the incredible dedication globally to producing cotton, there has been a constant depletion in its production over the years. There are many issues with the global cotton supply chain which have led to this slow and steady decline in cotton production.

China is one of the biggest producers of cotton in the world and when something goes wrong in the Chinese supply chain it affects cotton production and prices globally. China has been slowly recovering from another covid-19 lockdown which has severely immobilized many cities, especially Shanghai since March 2022.

Shanghai’s port handles one-fifth of China’s shipping volumes and though it was never fully shut down and has been operating through the lockdown, it has been doing so at an incredibly reduced capacity. Lots of shipments have been canceled, postponed, or rerouted to other Chinese ports.

And though Shanghai is returning to normal this issue remains that when the world's largest port is operating at a reduced capacity things will get worse before it ever gets better.

Global supply chains are currently under unprecedented pressure – and things have only been getting worse recently. Ports are going into overdrive with manufacturers trying to handle backlogs, all of this has a serious domino effect on the rest of the world. The Chinese supply chain is a prime example of how global supply chains in 2022 have been severely destabilized.

It is also not just Shanghai, other big Chinese ports have also been affected by lockdowns. 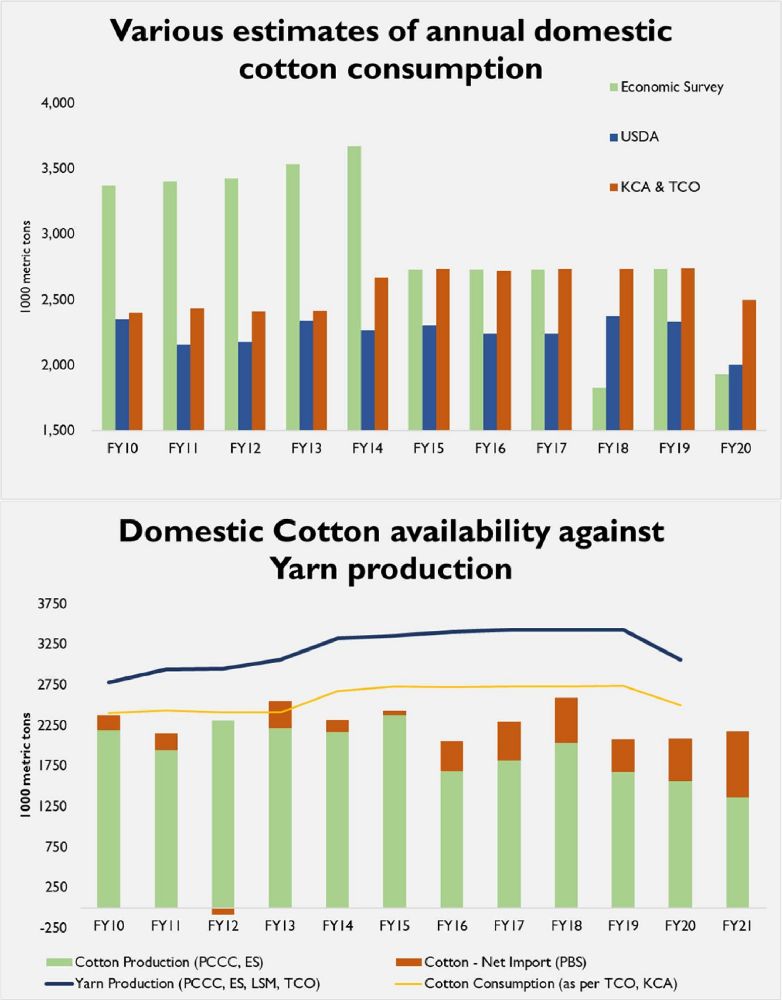 Climate change has affected everything and its impact on cotton production is massive and negative. Weather conditions due to climate change have damaged the cotton crop in Pakistan and globally which has caused ripples through the economy.

Constant seasons of inconsistent and unpredictable weather have crippled Pakistan’s already suffering cotton sector, all of this has resulted in lost revenue and jobs that could cost the economy billions.

Heavy rains and high temperatures during the cotton-growing season from April to September severely damaged the crop putting a strain on the entire textile industry. According to the state-run Central Cotton Research Institute (CCRI) in Multan, heavy rains and dry spells have managed to destroy more than a third of the country’s expected cotton harvest.

Flooding in Pakistan, a poor crop in China, and a bad Monsoon in India all combined to immensely undermine global cotton production which has all led up to the recent surge in yarn prices. Due to this unfavorable weather, less cotton is grown because it is more profitable for farmers to grow other crops.

The effect of the rupee depreciation and higher petroleum prices is being felt by the textile industry, as textile manufacturers remain hesitant to pass on higher costs to the final consumers.

The Russia-Ukraine conflict's impact on energy and fuel prices has made production and transport of yarn more expensive across the globe, worsening the effects on the cotton supply chain from China’s COVID problems. This issue has hit countries all around the world and Pakistan is no exception.

Higher energy and fuel costs have played a major role not only in shipping cotton but also in physically growing the crop. The recent hike in petrol and diesel prices is negatively affecting the textile industries all over the country, raising the price of yarn and cotton. Leading to huge losses for manufacturers and exporters. Costs of yarn are rising and margins are getting smaller and ultimately and not ideally the industry will have to go for price hikes.

Many cotton farmers have switched over to genetically modified seeds (GMOs) to make cotton plants resistant to pests, fungi, and other diseases. Over 75% of the cotton in the world is now genetically modified and the biggest producers of GMO cotton currently are Pakistan, China, US, and India. GMO cotton is resistant to many insects and plagues and can survive with a lack of water, because of all these reasons farmers expect a higher return.

However, the expected higher return is not necessarily always true and GMOS supports unsustainable cotton production which also resists the production of organic cotton.

The issue with genetically modified seeds is that once a farmer plants these seeds, they cannot keep the seeds from the previous year which is a stark contrast to traditional agriculture. This practice also leads to more money spent on buying new seeds every year.

To keep up with demand the farmers are forced to buy new expensive seeds and chemicals every year. If there is a bad harvest one year due to weather issues the farmers will not be able to buy new seeds. This will inevitably mean that not enough cotton will be produced locally to meet demands and hence more will have to be imported.

Cotton is a major contributor to the Pakistani economy supplying critical income to rural households. Altogether, the cotton and textile sector accounts for 11 percent of GDP and 60 percent of export receipts. However, the future of this vital crop and its contribution to the national economy is uncertain. To meet the demands of its textile industry, Pakistan has increasingly been importing cotton from other countries.

The textile industry is facing the challenge of unstable world prices and increased competition while at the same time, Pakistan's economic situation is volatile. These economic issues coupled with supply chain issues on a global scale have affected yarn prices in Pakistan making it more expensive to procure.