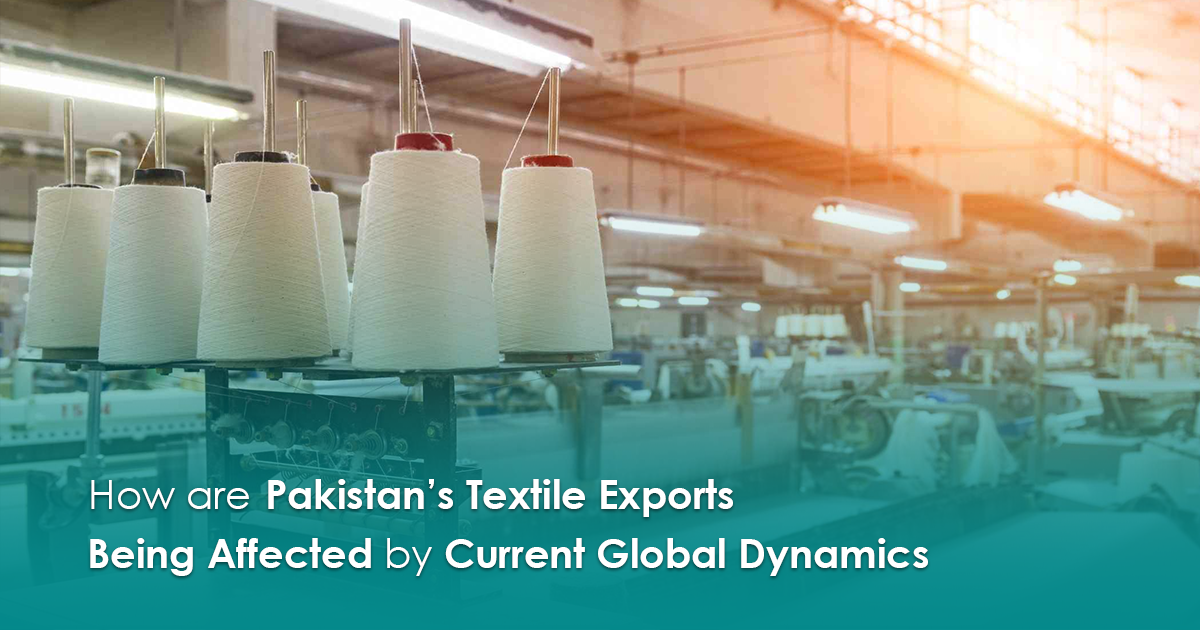 The recent textile export growth in Pakistan has occurred despite a wide array of issues in energy. Power supply, reliability, quality, pricing, and gas availability remain a bane for the country’s economic development

The massive blow to the public in general and the textile industry is due to a massive hike in power and petroleum prices which is fueling inflation. Therefore rendering the country’s textile exports uncompetitive in the global market.

The year-on-year inflation is expected to accelerate in July and may remain within the range of 14.5% to 15.5%, according to the monthly Economic Outlook released by the finance ministry. This is the highest inflation rate in the past decade, indicating the adverse impact of the increase in government-administered fuel and energy prices.

The combined effect of the fuel and power price hike may lead to a historical economic stagnation which in turn would result in bankruptcies, inevitable defaults on account of electricity bills, leaving many textile export orders unfulfilled besides causing huge loss of employment opportunities and tax revenue

With the fear of a sharp increase in unemployment due to the textile industry being affected the government should be taking immediate decisions to ensure investment protection through bailout packages for industries.

The increase in energy price and the implementation of a super tax have been unpopular decisions and are not in the best interest of consumers as well as the textile trade and industry.

The textile industry and business community have been actively against the self-imposed decision of Nepra on raising the base electricity tariff.

Such tough decisions have put the survival of textile industries at stake which has, in turn, affected textile exports and the overall Pakistani economy. Steps should be taken like bringing power and gas tariffs down to reduce the cost of doing business and to promote textile exports.

The chairman of the Pakistan Yarn Merchants Association, Saqib Naseem claimed that the sharp increase in energy prices would be catastrophic for business and the textile industry. Urging the government to reduce utility charges for the textile industry so that trade, export, and other industrial activities could be continued seamlessly without delay.

Textile industries and businesses should ideally be exempted from load shedding of gas and electricity to meet the local market and textile export targets. All of this has also impacted the yarn prices because spinners have also been affected by these problems. The main issue for the Pakistan textile industry is the high cost of doing business, which needs to be brought down to bring the export industry on equal footing with global competitors.

The textile business community needs to be taken on board in helping to prepare policies that can sustain economic growth as well as enhance textile exports further so that the increasingly wide trade deficit could be reduced, which is a necessity for the country’s uplift.

Due to this shortage of gas supply, the Pakistan textile industry will remain closed from July 1 to 8. The interruption of gas supply will majorly affect the textile industries in Punjab because about 70% of textile mills are mainly located there. The current shortage has already reduced textile production by about 30% and the latest interruption may very well reduce the output by up to 50% severely debilitating Pakistan textile exports.

The textile industry’s expansion by opening new factories would exponentially drive exports but due to the current dynamics and issues, these new up-and-coming factories and businesses did not receive gas or electricity supply and hence were unable to launch successfully. These are losses that the economy cannot sustain because of how big a contributor the textile industry is to Pakistan's exports and overall GDP.

If efforts are not made to further textile exports to reach their maximum potential, the Pakistani economy is at a definite risk of sinking deeper into debt. Local businesses and the textile industry cannot be neglected particularly because the textile industry is an export-oriented industry – which has the definite potential to promote immense sustainable economic growth. However, none of this can happen if not provided with basic policy support, particularly, competitively priced energy. Furthermore, the implementation of the Textile Policy must be fast-tracked so that a comprehensive plan to propel textile exports can be set in motion.

Why does Pakistan need strict policies?

Pakistan needs a complete shift in the array of textile exports, with expansion and diversification into higher-value exports such as sports and performance apparel. Pakistan needs advancements in synthetics to increase market share because synthetics is capital and technology-intensive market. The cotton sector is becoming redundant with high prices and bad crops while other countries that Pakistan competes within a global market have a much higher investment in cotton as a result of textile policies.